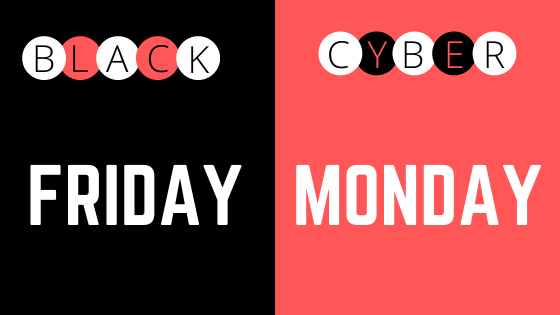 How long have you waited for to buy that smartphone? Have you saved up big time to splurge for a big day? Well, The world witnessed two of the year’s biggest shopping recently two weekends back. The greatest deals are found at ‘Black Friday and ‘Cyber Monday’. Traditionally, retailers began the holiday shopping season right on the first Friday after Thanksgiving. Black Friday deals can often be found online and in the brick and mortar format. But, Cyber Monday deals are usually always online.

There have been major developments in the Indian E-commerce market. Factors like rising smartphone penetration, the launch of 4G networks and increasing consumer wealth have been major attributes for the growth in the E- commerce industry. Also, Government initiatives like Digital India, Make in India, Start-up India, Skill India and Innovation fund have enabled the ease and have facilitated support for the E-commerce Industry in India.

According to ShopperTrak data, the E- commerce sales exceeded the brick and mortar Black Friday sales for the first time in 2018. Perhaps, along with the intensity of spending, the patterns of spending are also emerging with time.

Here are a few statistical insights:

This year, brands have also initiated marketing the ‘Black Friday’ sale in the Indian market. This was earlier not the case for the Indian Market. You may have received notifications from brands such as H&M, Nykaa and Levis. The Indian users mostly await for Amazon’s ‘The Great Indian Festival’ and Flipkart’s ‘Big Billion Days’. Black Friday might now be another major sale that the Indian customers will look forward to.

What items would you want to shop for at the best deals?